On Thursday the US Patent & Trademark Office published a patent application from Apple that relates to a possible future feature that will provide iPhone users with a faster, more efficient method of charging their iPhone. Apple describes this feature as a “protective charging mode.” Apple’s new feature will provide users with a method of ensuring that they don’t over-charge their iPhone battery which leads to damage and poor performance over time.

Currently Apple offers something similar though not as extensive under ‘Battery’ in settings, then under ‘Battery Health.’ It would appear as though Apple wants to ensure that users don’t overlook this feature by providing a more dramatic set of interfaces to grab the user’s attention.

The new or vastly updated feature will increase the effectiveness, efficiency and user satisfaction of their devices, like an iPhone. Such methods and interfaces may complement or replace other methods for indicating a charging mode of an electronic device.

More specifically, each time such batteries cycle between the full charge level and predetermined minimum charge level during the conventional charging process, the battery’s ability to hold a maximum charge for a duration of time may be reduced.

A protective charging mode may improve a battery’s ability to hold charge a charge over time by reducing the amount of time that the battery stays in the fully charged state.

Apple’s invention provides an electronic device, such as an iPhone with a faster, more efficient method with interfaces that indicate when a protective charging mode is enabled for the electronic device.

Apple further notes that while an electronic device is in a charging configuration with respect to an external power source, a user interface may indicate that charging of the energy-storage component has been stopped before reaching a full charge level. The user interface may also include a visual indication that the electronic device is in a protective charging mode in which charging of the energy-storage component is delayed based on predetermined criteria.

At the end of the day, devices like the iPhone may be provided with faster, more efficient methods and interfaces for indicating a protective charging mode, thereby increasing the effectiveness, efficiency, and user satisfaction of their devices, like an iPhone. Such methods and interfaces may complement or replace other methods for indicating a charging mode of an electronic device.

The following patent figures cover interfaces relating to the newly invented ‘Protective Charging Mode’ feature that could be set for future iPhones.

Several of Apple’s patent FIGS. below cover an education user interface #618 as presented in patent FIG. 6K. The education user interface is displayed when an iPhone is placed in a charging configuration with respect to the external power source for the first time after having the protective charging mode capability enabled (e.g., after a software update enabling the protective charging mode; after turning on the capability in a settings interface, as shown in FIGS. 7A-7C further below).

In some embodiments, the education user interface ceases to be displayed after a predetermined amount of time. 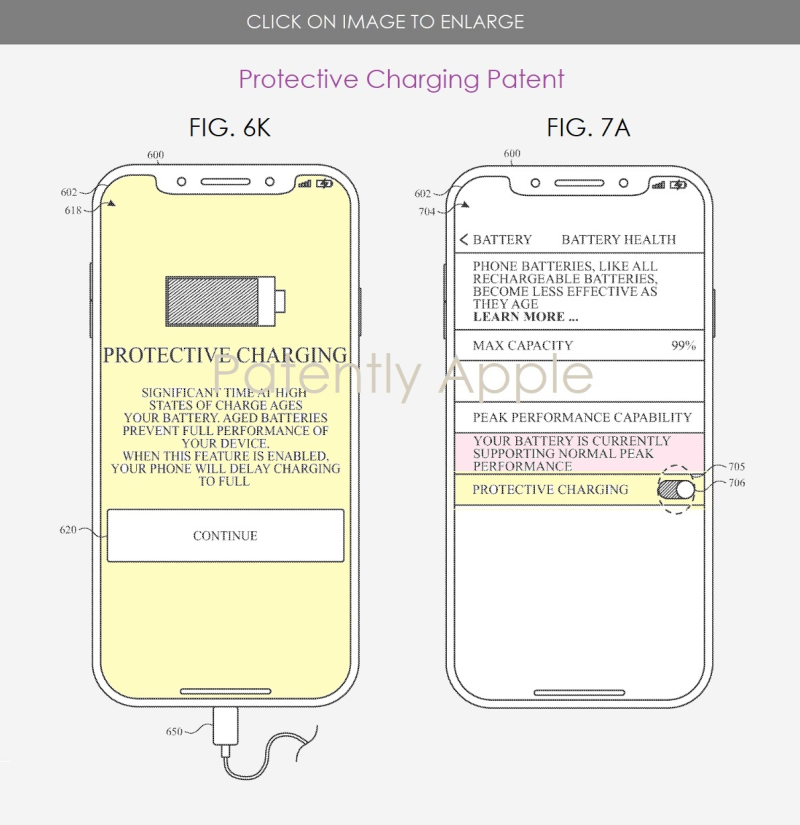 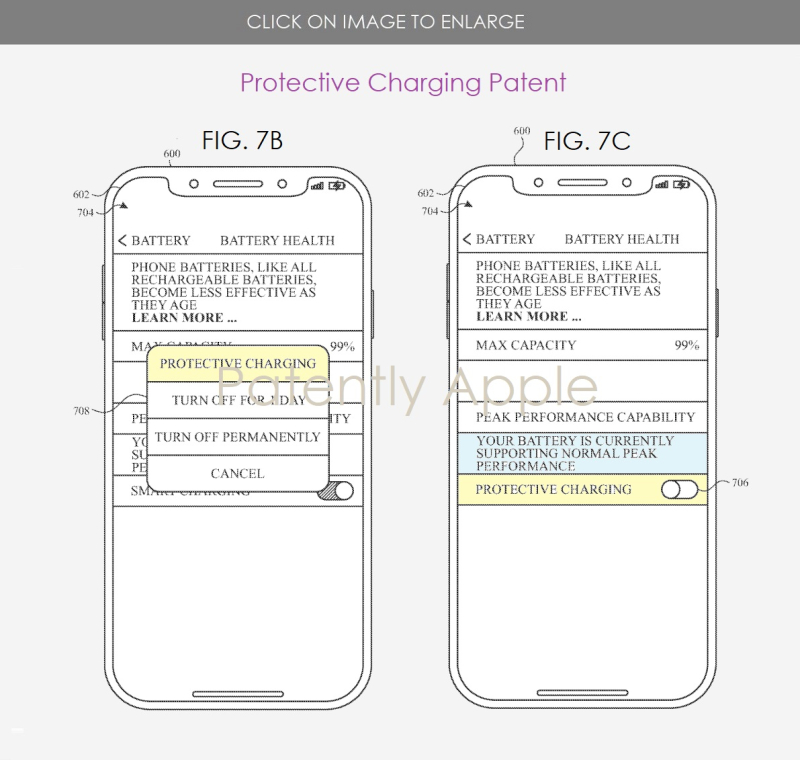 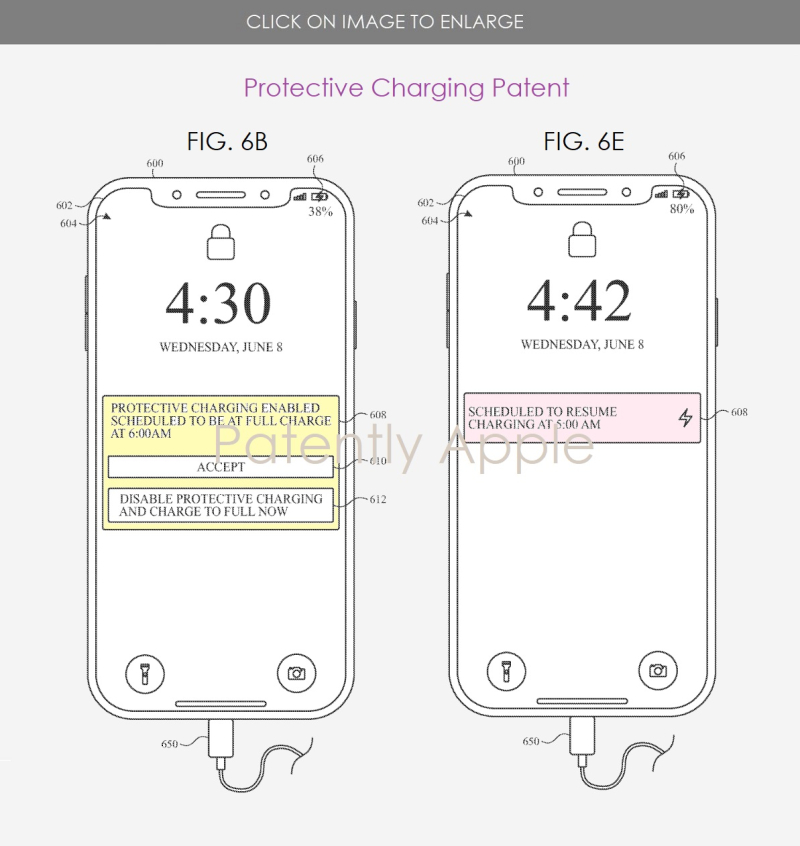 Apple’s patent application number 20200358302 that was published Thursday by the U.S. Patent Office was filed back Q4 2019. Apple’s original filing, via a provisional patent was filed in Q2 2019.

Considering that this is a patent application, the timing of such a product to market is unknown at this time.