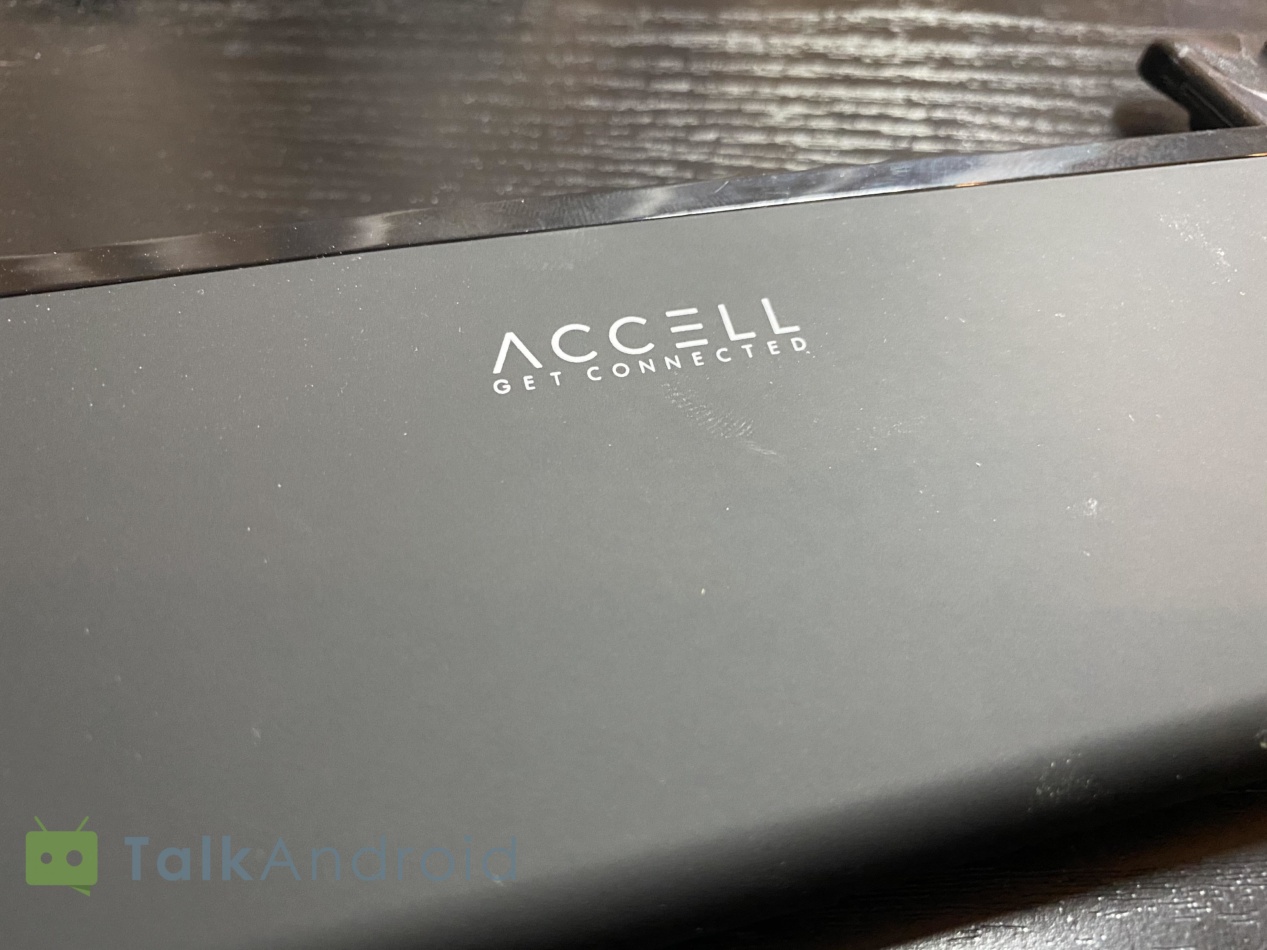 If you’ve purchased a laptop in the last couple years, you might be lamenting the lack of ports and connectivity on it. A computer from 10 years ago tried to cram as many ports as possible into a single device, but we’ve seen a trend towards sacrificing some of that for the sake of lighter, more efficient computers. The advent of USB-C and its all-in-one design have only sped that up.

Is that a good thing? It can be, especially if you just want something sleek and are all-in on the wireless lifestyle, but there are plenty of people that just don’t want to give up their old USB ports, HDMI connections, and headphone jacks. That’s where something like the Accell USB-C dock comes in.

The concept of a USB-C dock is simple, and Accell isn’t trying to reinvent the wheel here. It’s a black piece of plastic with a bunch of ports on it. Easy, right?

On the side you’ll find a single USB-C port that’s used to connect to your laptop via either the included USB-C or USB-A cable. The front is where you’ll find the exciting stuff. 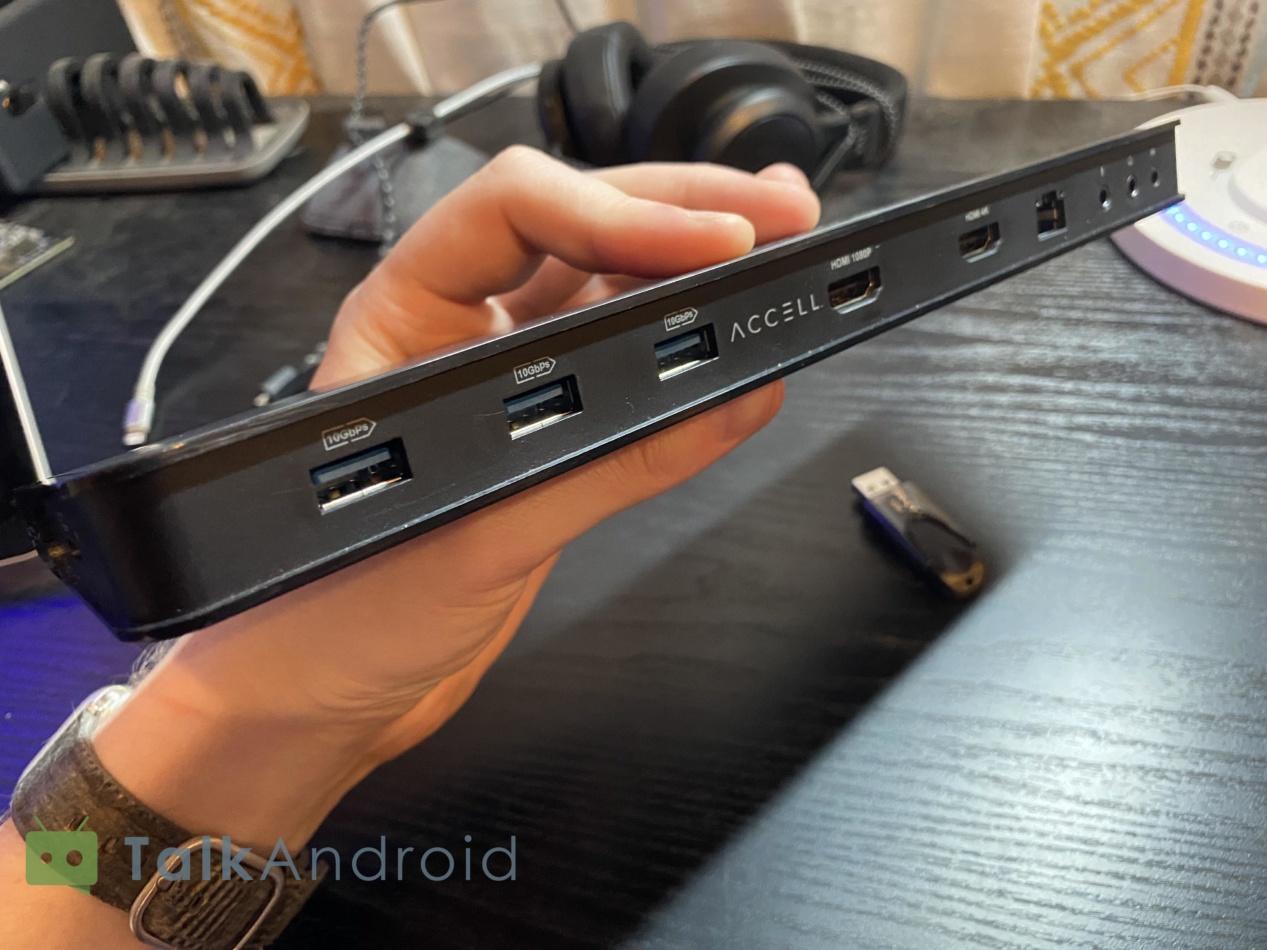 There are three USB-A ports, all rated for 10Gbps transfer speed. That’s zippy, and shouldn’t bottleneck your laptop under almost any circumstances. A bit further down you’ll find two HDMI ports, with one outputting in 1080p and the other handling 4K resolution.  Then you’ll get an ethernet port, which I’m assuming is gigabit but it doesn’t actually specify, and lastly there’s a microphone input and headphone output. The last port is for the power supply for the dock.

So with a single USB port on your laptop you get two more USB ports in exchange, plus two HDMI ports, a LAN connection, and ports for your microphone and headphones. That should generally be just about enough for most laptop use cases, and it’ll work with your legacy peripherals since you’re getting USB-A ports instead of the more modern but less widely used USB-C. 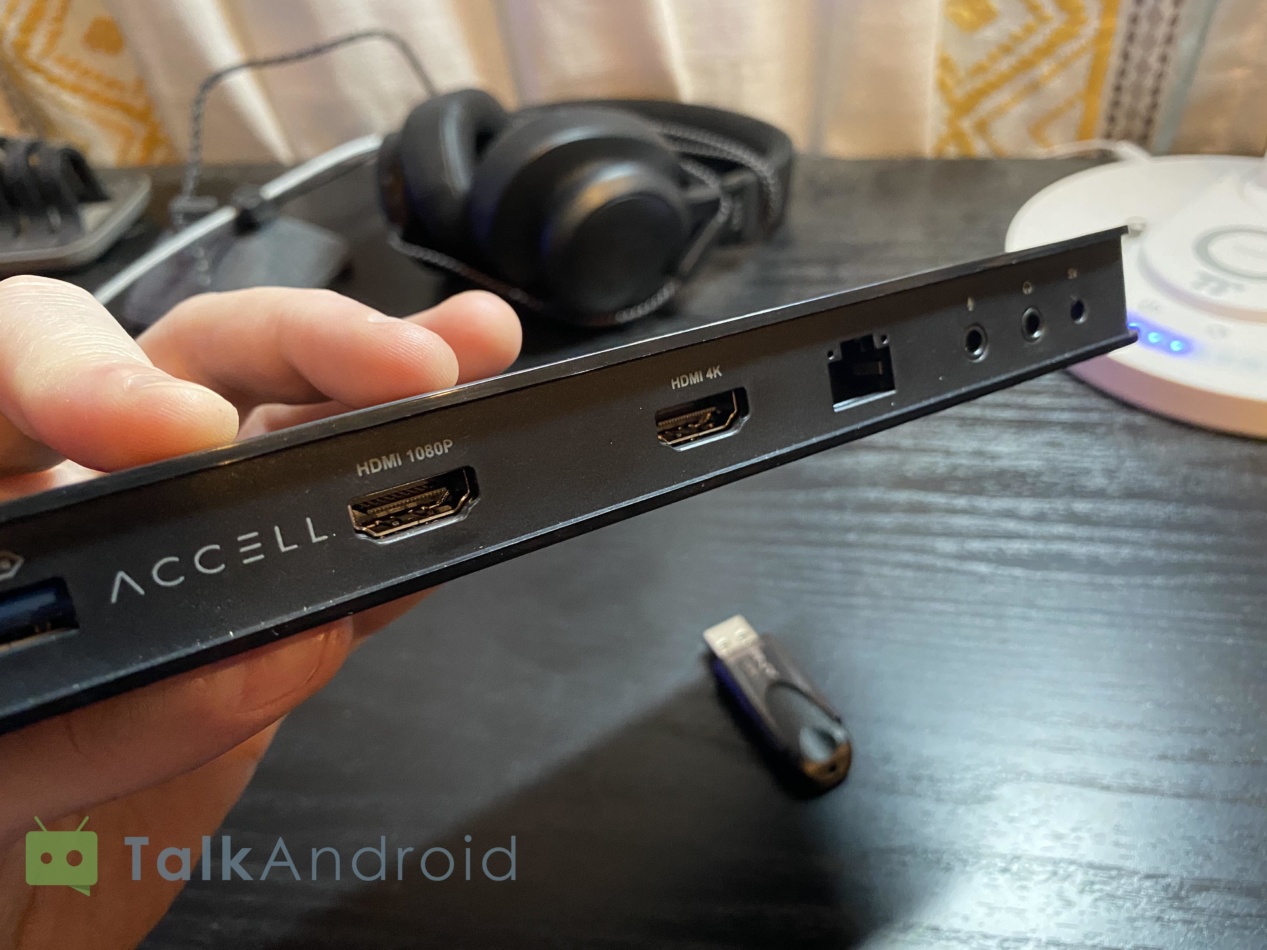 It’s also extremely lightweight, for better or worse. It won’t weigh you down if you’re trying to carry it around with you, but if you’re planning on permanently leaving this on your desk, I think I’d recommend some velcro strips or something to keep it in place. As it is, it’s so light that just moving cables around might shuffle this dock out of place.

But does it work well? Honestly, yeah. I wasn’t able to stress it with three simultaneous USB transfers while connected to two 4K displays or anything, but connecting it to my MacBook and HP Spectre along with some keyboards, flash drives, and an external display worked without a hitch.

Accell touts their driver-less installation for this dock, which means you can easily get your external monitors working without needing to install any extra drivers or anything. When you plug the laptop in you’ll find some removable storage with the InstantView software that you run to kick things off. If you’re trying to use this on an Android phone (which yes, does work very well too!) you’ll just need the Accell Driver-less app. 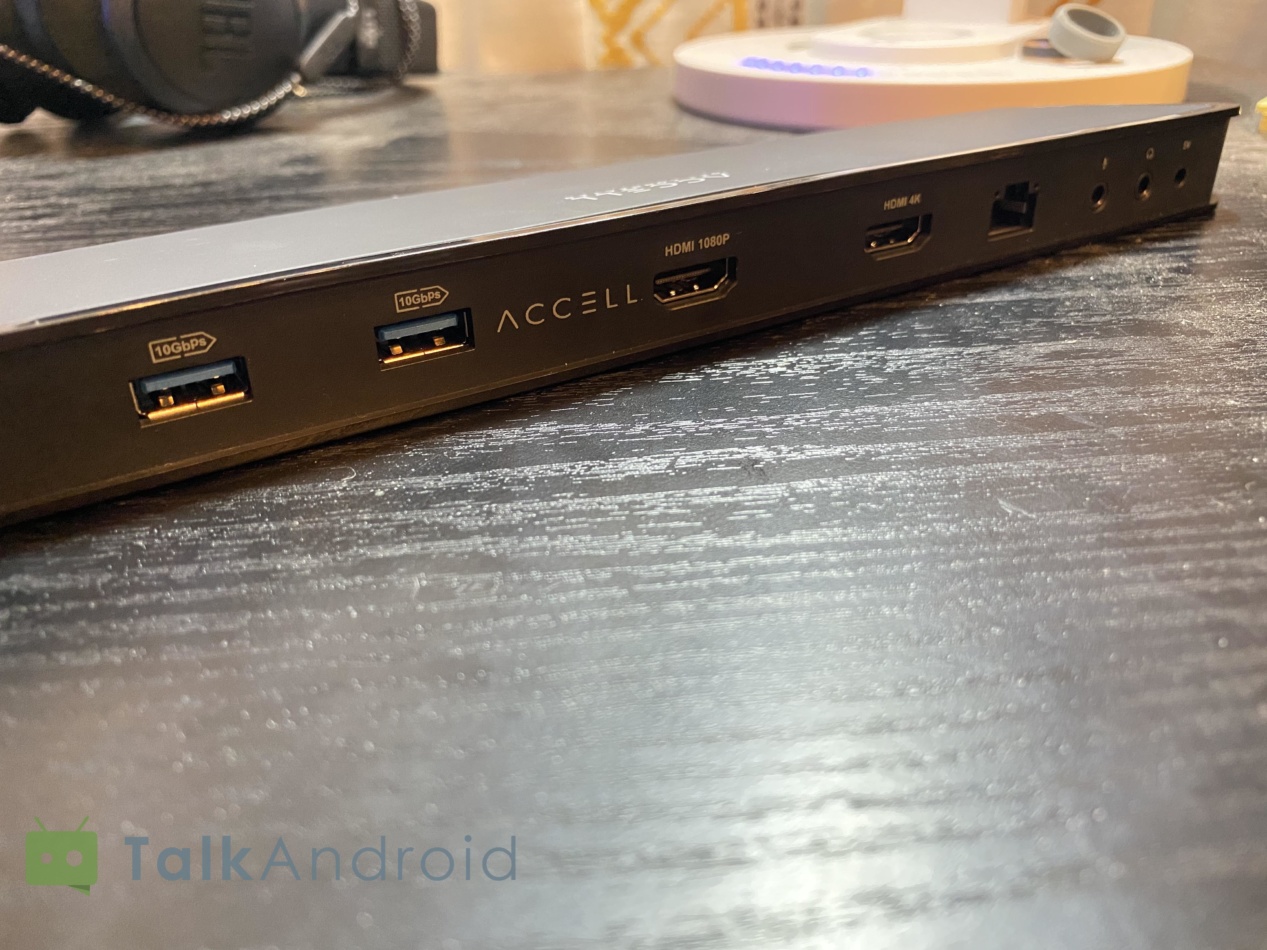 Even without the software you’ll still be able to use some of the USB ports and things, too. It’s really very plug-and-play, which is a huge plus.

But don’t worry, I’ve still got gripes. Nothing major, but I do with there was at least one USB-C port on this to take advantage of some newer, faster accessories. It’s great to keep backwards compatibility with older devices, but I don’t want to do that at the cost of continuing to move forward.

It’s also not functional without being plugged into its power supply. I was kind of hoping that it would be able to pull enough power via USB-C to at least use the extra USB ports, but sadly, that’s not the case. That’s going to cause some problems if you’re planning on going fully portable; this one’s definitely made to sit at a desk and stay there.

If this selection of ports is exactly what you need, yep. Accell has crafted something very useful for anyone that wants too supercharge their laptop workstation. In my case it was actually really nice to have multiple peripherals and displays plugged into one dock while still being able to switch laptops at will. That driver-less functionality makes it work across MacOS and Windows 10 without a hitch, and you could even throw your phone in that mix if for some reason your Galaxy Note 10 is your primary computer with Dex or something. Options are nice!

But make no mistake, Accell is asking for a lot of cash for this dock. You’re paying for the convenience.

At $189, you might end up paying more for the dock than a full monitor. With that being said, you’re getting a no-compromise solution, with extremely high-speed USB ports and 4K display output, which you do have to pay a bit more for. But you’ll really need to decide if you need that faster connectivity or multiple displays.

Born in southern Alabama, Jared spends his working time selling phones and his spare time writing about them. The Android enthusiasm started with the original Motorola Droid, but the tech enthusiasm currently covers just about everything. He likes PC gaming, Lenovo’s Moto Z line, and a good productivity app.